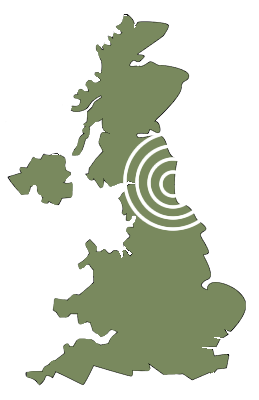 Working in partnership with the Scale Up Institute’s National Mission

Founded by Charlotte Bailey and Sean Ali, Super U was created to pursue the couple’s mission to make superfoods more accessible for everybody.

Since its inception in 2017, the business has created its own signature range of products in order to help support immunity, digestion, skin health, energy and focus.

Charlotte and Sean recently enjoyed a highly successful appearance on BBC One’s Dragons’ Den, where they received their investment offers in full from all five dragons.

With ambitious plans to rapidly grow and conquer international markets, Super U is now in the process of raising their next round of investment.

The business is hoping to raise £550,000 at a £4.95 million pre-money valuation via the crowdfunding platform, Seedrs. These funds will enable the brand to start building its team, increase stock holding and marketing spend, and fund their initial US Launch.

For the last two years, Super U has been working alongside dedicated Scaleup Partner Craig Huntingdon as part of the Scaleup North East programme.

In addition to being certified organic, Super U blends are gluten-free and plant-based with zero sweeteners, flavourings or fillers. Products within the range contain the most nutrient-dense ingredients on the planet, from berries to greens, functional mushrooms, adaptogens and plant proteins.

In 2020, Charlotte and Sean were recognised at the Great British Entrepreneur Awards as Health and Well-being Entrepreneurs for the North East of England.

In March 2021, they secured their first industrial premises in Gateshead to manage order fulfilment, UK distribution and product manufacturing.

Working closely with the owners has allowed Scaleup North East to fully understand their ambition and long-term goals and help them to ‘set the compass’ - a vital part of understanding the direction of travel and where real value can be added.

In recent months, Scaleup supported the business to prepare for the Dragons’ Den pitch and subsequent crowd funding campaign to enter the US market, as well as bringing some key functions in-house.

Super U Founder Charlotte Bailey said: ‘We have received fantastic mentoring from Craig Huntington throughout the past 18 months. The programme has really helped us begin to scale and make better choices within the business in order to grow at an even quicker rate. They’ve provided advice on a number of areas, from marketing and brand, to financials and investment.”

Craig Huntingdon, Scaleup Partner at Scaleup North East, said: “The brand's development was validated recently on Dragons’ Den with all five dragons making an offer without any negotiation.

“The episode was filmed some months ago and since then it has become apparent that the business can, and should, plan to deliver a quicker and more ambitious move into the US market.

“This will require significantly more investment than pitched in the Dragons’ Den and a second crowd fund has recently launched to raise this. Sean and Charlotte have successfully crowdfunded in the past and this approach also allows friends, family and fans of the product to share in the success of Super U.

“We will continue supporting the business with internationalisation and other projects critical to achieving rapid growth. Details of the crowdfunding campaign can be found on Seedrs with a pre-registration open now on the Super U website.”

RTC North is delivering Scaleup North East in conjunction with the North East Local Enterprise Partnership (LEP). The programme is part-funded by the European Regional Development Fund (ERDF) and is aimed at supporting North East businesses that can demonstrate both the hunger and the potential to achieve high levels of growth.